Modern India, home to more than 1.3 billion people of different creed and color, is one of the most diverse countries on earth. Diversity in ideologies and thought processes have seeped into Indian artists as well. And this has encouraged them to create a much sought-after repository of contemporary Indian art. The repository is diverse and eclectic much like the artists themselves and challenges traditional Indian boundaries. Contemporary art in India often combines multiple concepts and a number of media forms to bring together both traditional and non-traditional themes in a harmonious balance. Very often, it relates to contextual frameworks such as personal and cultural identities, families, communities and nationalities. Many-a-time, the art focuses more on expressions and concept rather than the execution. This gives birth to art forms like Minimalism, Conceptualism, and Abstract Expressionism that have now taken precedence in the modern art scenario of India. 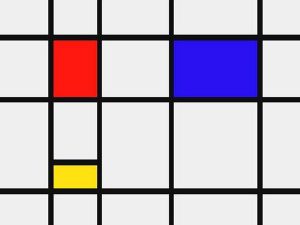 Through Minimalism, Indian artists have tried to bring forth the concept of “less is more” in a society that has always been ridden by maximalism and the concept of more. Through conceptualism, they have expressed ideas and perceptions by laying emphasis on the creation rather than the execution of art. Abstract expressionists have relied on spontaneity and improvisation. They have tapped into the human subconscious and drawn inspiration from human vulnerability in order to give a new meaning to art. All this has positively reinforced the modern art industry in India. According to a recent report by the Hindustan Times, contemporary art accounts for almost 90% of the Indian art industry. Indian modernists are growing and continue to make a mark within India and abroad.

Although we remember and applaud modernist masters such as Amrita Sher-Gil, SH Raza and VS Gaitonde, a younger generation of modern Indian artists has now taken center stage. A notable name among them is that of Abstract Expressionist Shivani Garg, whose colorful and vibrant paintings convey the dynamism of geometric abstraction layered over by the spontaneity of expressions. Shivani draws her inspiration from world masters of Expressionism and Minimalism such as Paul Klee, Yogesh Rawal, and Matisse and weaves her originality in between to create magic. Shivani’s art is replete with imagination and wonderfully connects the concepts of time, space, and place together. It provides the connoisseur with a fresh and rich taste of expressions. 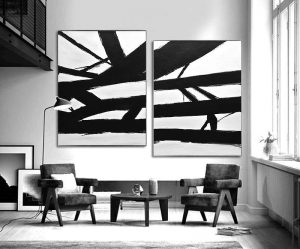 India is still a developing market when it comes to art and the overall appreciation of it. It has far fewer art museums than any country in the western world or even China. However, the awareness continues to grow. People now understand the importance of art as a means to express their thoughts, desires, and ideas. The rich are increasingly patronizing artists, both traditional and modern. The outside world is taking notice and seeking younger Indian modernists on the global stage. This gives us a brighter and more optimistic outlook of the future of modern art in India and we are looking forward to it.